Try if you can to think back to August of 2020. It was the year of the COVID pandemic. Arizona’s COVID cases had peaked the month before and the mood was improving. Severe and panic-driven lockdowns had given way to a more thoughtful and measured approach. Movie theaters were finally reopening—always a good bellwether of normality. Schooling was still wonky, but at least children were learning again, and interacting with others again in an abstract sort of way. A grid of tiny talking heads on a computer screen became the norm.

But the subject of this post concerns what happened back in August of 2020 in Apache Junction’s city council. A debate on how to handle noise issues had concluded with the adoption of new technology: a decibel meter! Prior to this, excessive noise was determined at the discretion of police. Now it was more objective—like the radar speed guns used for traffic enforcement. This change was in accordance with Pinal County’s own noise ordinance, where metering plays a prominent role in enforcement. This change also happened in the context of a similar initiative that was being considered by the Arizona state legislature at that time (House Bill 2618).

So all throughout our various polities and municipalities, noise was considered important enough to debate and legislate—even while a global pandemic raged. Clearly noise is important! Unless of course that noise is created by an international flight school training foreign pilots and operating out of a “reliever airport”. Then noise is unassailable. 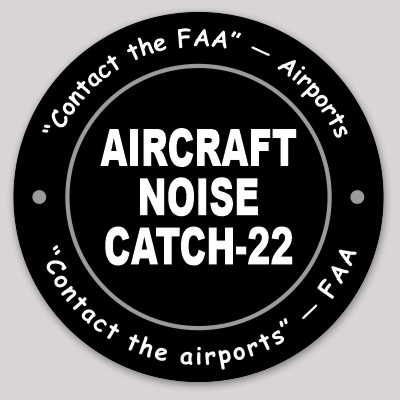 But elected officials and airports can control airport fees, and tie them directly to noise. Swiftly would the response be from flight schools if they were forced to pay for noise abatement to deal with their noise pollution. Would they leave the airports and take their business elsewhere? Oh I think not. Aren’t we told over and over how flight plans have to be exactly the way they are? And that no deviations are possible? So if that’s the case, where will the flight schools go? They just told us no other alternatives exist. Were they lying?

So all throughout our various polities and municipalities, noise was considered important enough to debate and legislate—even while a global pandemic raged.

Clearly what they really mean is, “No other flight plans are better for our bottom line than the ones we’re using right now”. That sounds more truthful and accurate. And that calculus changes the moment noise has a cost that must be paid. And the fees wouldn’t just be for noise abatement; they would be for lead abatement as well. There is no safe amount of lead, and the aircraft used by these flight schools are the only type left in the world that are allowed to pollute our homes, schools, parks, hospitals, etc., with lead.

So if the flight schools aren’t going anywhere, how will they respond to the fees? Well by being reasonable of course! By suddenly agreeing that flight plans can indeed be changed. Perhaps by even petitioning the FAA to allow noise- and lead-pollution-free alternatives like the Pipstrel Alpha Electro trainer. It’s been tried and tested for years and has been awaiting government approval. I bet if it was another COVID vaccine, it would have been approved already! In a matter of months—not years! Imagine if the largest flight school in the world sent their lobbyists to Washington and said, “Approve this plane or we’ll move our operations to nations that will.” I bet that would get some ink on paper!

And it all got started because of a little thing called airport fees.